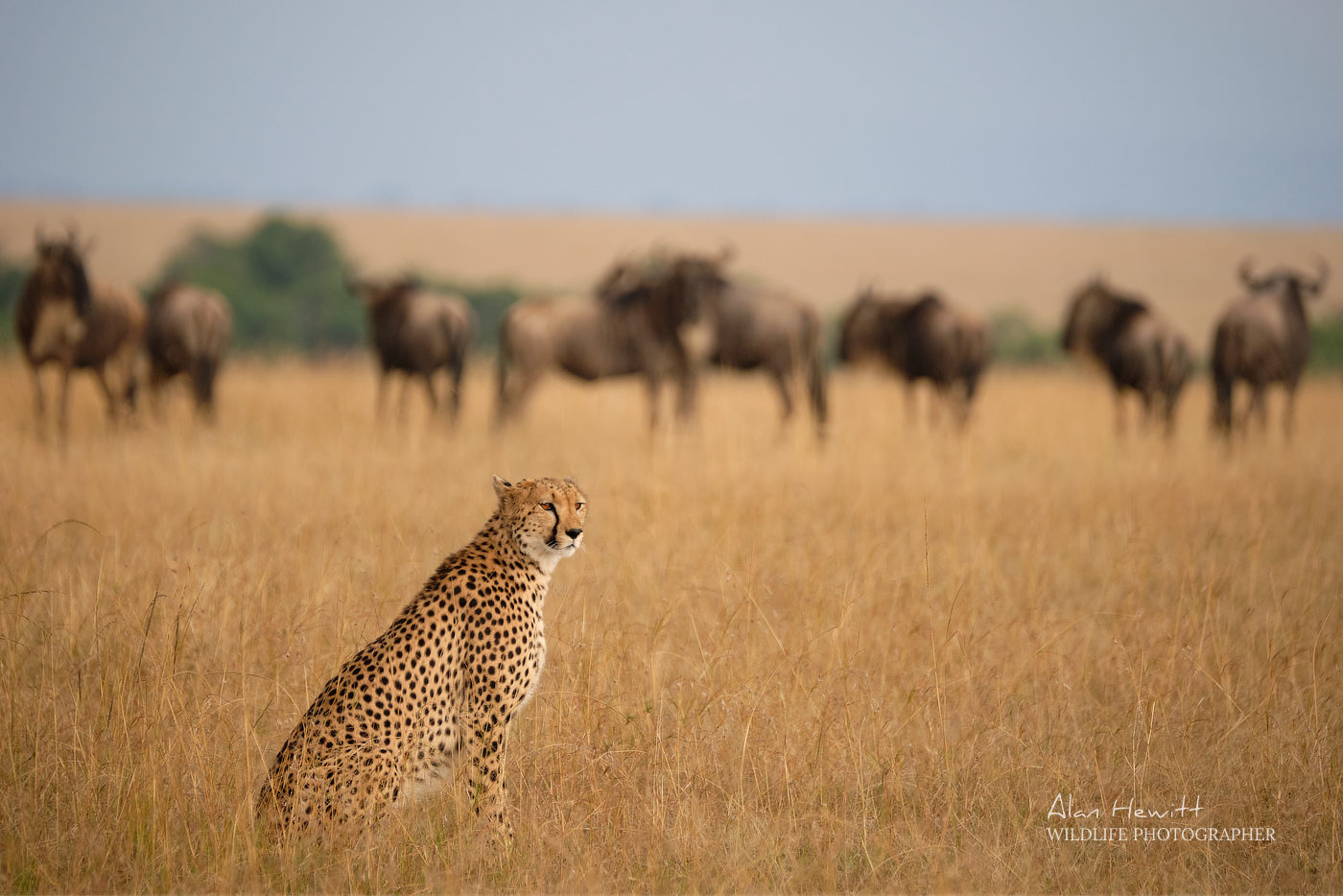 A couple of weeks ago we spotted this lone male Cheetah looking to hunt in the Ol Choro Conservancy of Kenya’s Masai Mara. The plains were full of potential prey, young Wildebeests and Zebras, Grant’s and Thomson’s Gazelles and Impalas. As always, ethics come first and we watched from a distance as the Cheetah began to stalk an unsuspecting pair of Thomson’s Gazelles. The Cheetah made its move too early and the Gazelles fled, pronking high in what looked like an insult back to the Cheetah for its inexperience and failure.

The Cheetah gave up quickly and continued to survey the area for another opportunity. A group of Wildebeest became nervous and began to chase the Cheetah away from their main herd. The Cheetah carried on walking and the Wildebeest continued to run, forming a circle and almost ‘coralling’ him!

With thanks to our fantastic guides, Titimet ‘Moses’ Nampaso, Boston Nabaala and Godfrey Rukwaro. Legends!