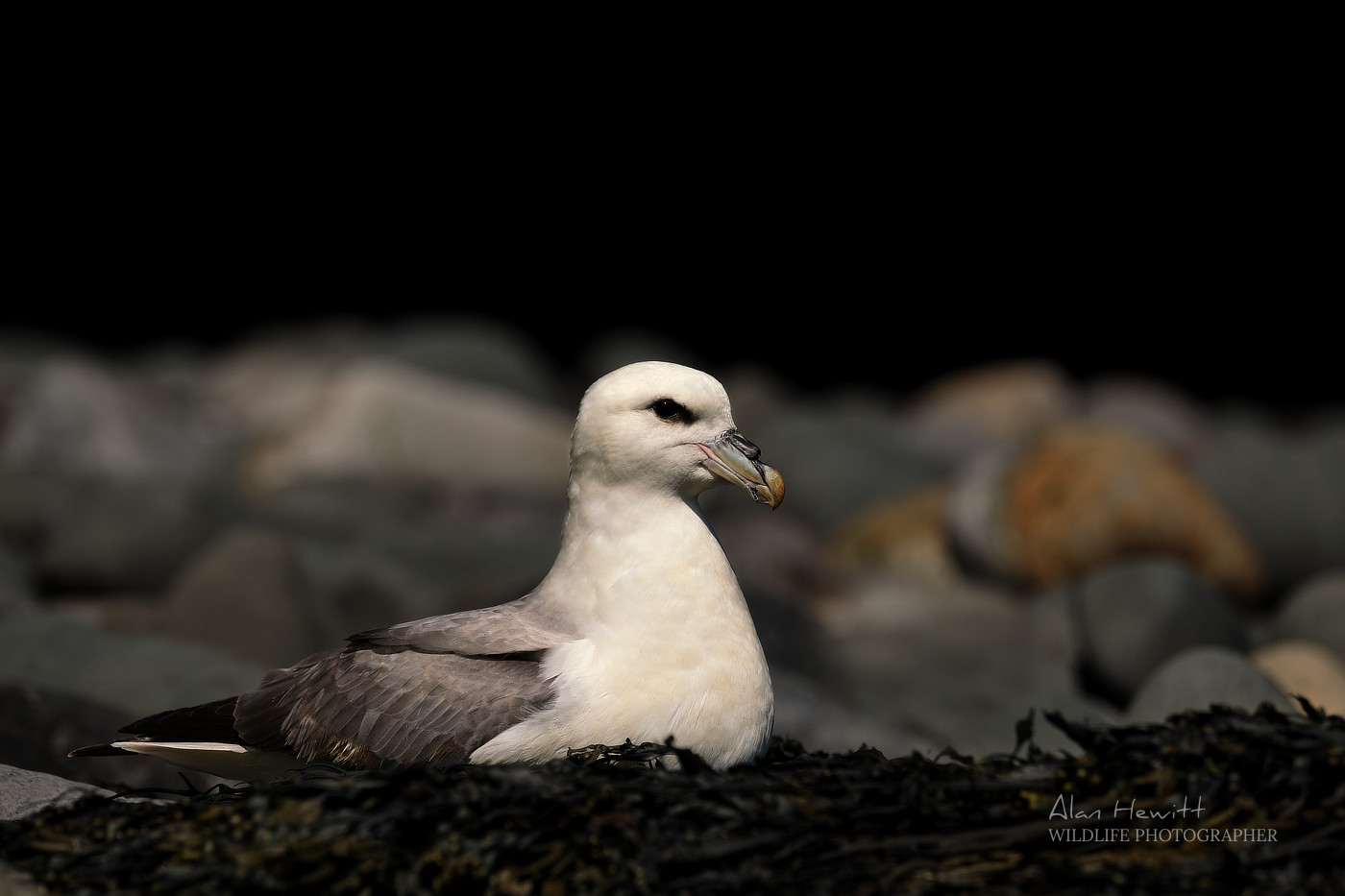 In my last ‘Featured Photograph’ post, I mentioned I have been spending some time photographing kittiwakes in the north east of England.

On cliff faces where there is a mixture of foliage and rock, fulmars are usually seen nesting within Kittiwake colonies. It’s mostly a peaceful relationship but now and again tempers flare!

This fulmar appeared to get unwittingly caught up in a spat between two kittiwakes. The kittiwakes then turned on the fulmar which seemed to lose its flight coordination and landed with quite a thump on the rocks just a few feet from where I was standing. The fulmar was stunned for a couple of minutes during which time I was able to get low down and photograph it at eye level before retreating.

The fulmar may look like a gull and is often mistaken for one, but it doesn’t belong to the gull family. It is part of the Procellariidae family, or ‘tubenoses’ and its closest relative is the albatross. A quick look at their bill will reveal a pair of nasal passages called naricorns. These are used to excrete excess saline ingested from their food and habitat.

Fulmars have a defence mechanism where they vomit stomach oil with efficent aim at perceived threats. This vomit can render birds of prey and other avian predators flightless, leading to the starvation and ultimately, death. This is also the origin of their name Fulmarus, derived from the Norse words ‘fúll’, meaning foul, and ‘már’ meaning gull, foul gull. It’s a good reason not to remain too close to one for too long!

After a couple of minutes the fulmar managed to get to its feet and although it was unsteady for a little while, it eventually managed to fly back to its cliff top nest.

Featured Photograph – Returning to the Pride