The Masai Giraffe (Giraffa camelopardalis tippelskirchii) was named in honour of Herr von Tippelskirch, a member of a German Scientific expedition in East Africa in 1896.

Tippelskirch brought back the skin of a female Masai Giraffe from near Lake Eyasi in the Serengeti. The species was then formally named as Giraffa camelopardalis tippelskirchii in 1898. 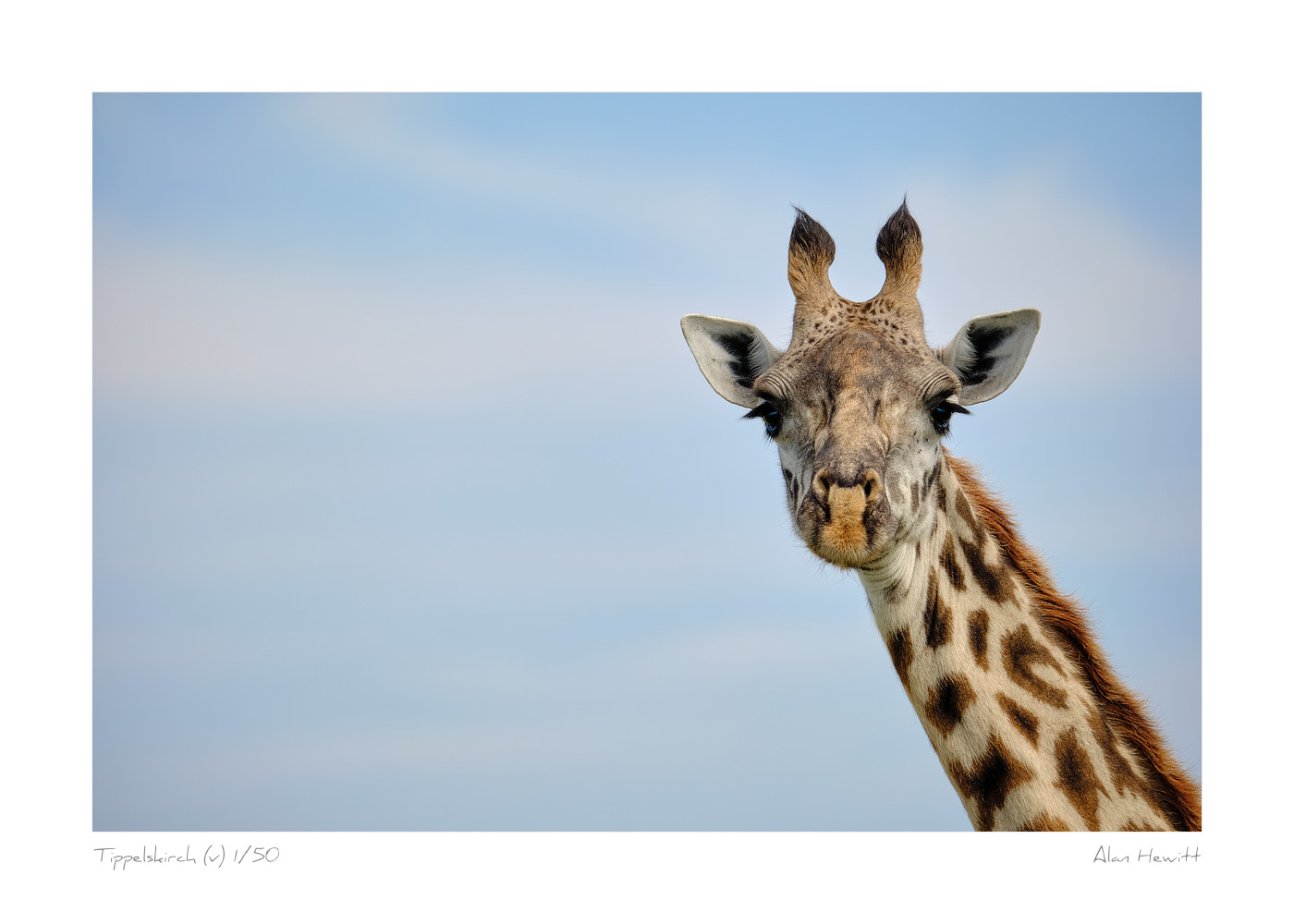 One of a collection of prints in the “Tippelskirch” series. Each title in the collection is limited to just 50 prints which are available in two sizes, 16 (A3) or 23 (A2) inches longest side.

Prints are mounted and framed, then titled and signed on the mount. Limited edition prints are also numbered. A certificate of authenticity including ‘the back story’ is included with every print.

All prints are produced to order by one of the UK’s top professional photography labs. All sizes are approximate to allow for print and mount bleeds. Watermarks do not appear on prints.